Twelve-year teaching veteran Robert Geremia, a social studies teacher at Woodrow Wilson High School in Washington, D.C., who has attained the status of "highly effective teacher," told U.S. senators June 4 about how his financial life has been put on hold as a result of the loans he had to take to attend graduate school and better serve his students. 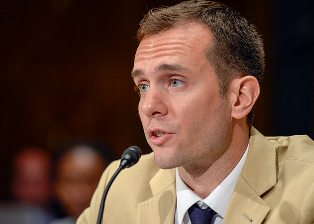 Geremia, a Washington Teachers' Union/AFT member, described the $37,000 debt he took on after he started as a teacher in D.C. public schools. For three years, he spent summers in New York City, earning his master's degree from Columbia University Teachers College. Despite his full-time salary, he still had to take out several loans, he explained. On top of tuition and fees, he had to pay for two apartments, travel to New York, books and other living expenses. (Read his testimony.)

"While the focus of college affordability is often on tuition," he said, "it was really these other expenses that drove up my borrowing."

In paying off the loans, he has encountered confusing obstacles, such as unannounced switches of the loan servicers to whom he makes payments, and a lack of transparency in the information conveyed about the loans. Finally, with an interest rate of more than 6 percent on his student loans, he is making $11,000 in payments on top of principle, yet there is nothing he can do to lower his interest rates.

Geremia believes people should have the option to refinance their student loans, and should have access to programs that could help lower their monthly payments and shorten the life of their loans. Those programs that are currently available are confusing and sometimes contradictory.

"I believe many college students would be more likely to pursue teaching, and many of my colleagues would be more inclined to pursue advanced degrees, if these programs were streamlined and better understood," he said. "I suggest Congress find a way to reach out proactively to teachers about these options."

"I can refinance my interest rates on my home and my car, but I can't on my student loans" Robert Geremia #Reclaimit #HigherEdNotDebt

Sen. Brown compared the urgency of addressing student debt to the importance of addressing such problems as the housing market bust, Wall Street greed and inattentive regulators destroying our economy. "And yet, here we are again," he said. "Student debt is second only to mortgage debt. When these borrowers lose, our economy loses." 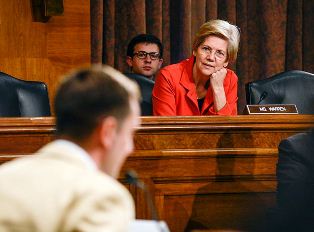 Another compelling witness was Will Hubbard, vice president of external affairs for the Student Veterans of America, who honed in on the abuses endured by veterans because of misrepresentations by loan servicing companies. He cited an April 2014 report from the Consumer Financial Protection Bureau, which found that the top five complaints of borrowers included communication tactics, continued attempts to collect debts not owed, false statements and improper contacts. He emphasized the cruel effect on servicemen and women who face dishonor and a loss of their security clearance when they have unreasonable loan burdens.

"It should be clear where borrowers can turn for debt relief," said Sen. Warren. After the hearing, she went to the Senate floor and introduced the Bank on Students Emergency Loan Refinancing Act, which would allow those with outstanding student loan debt to refinance at the lower interest rates currently offered to new borrowers.

The AFT is encouraging members to urge their U.S. senators to support Warren's legislation.

On June 9, President Obama will host an event at the White House that will focus on college affordability and the issues around student debt burden.